Barth’s presentation addressed the dramatic year-over-year Consumer Price Index increase of 6.8% and explored the differences between the Federal Reserve’s response to the 2008 recession and the central bank’s response to the COVID-19 pandemic.

While many blame supply-chain shortcomings and pent up demand from the pandemic as causes of inflation in the U.S, Barth is more concerned with what he believes is the Federal Reserve’s extreme monetary response to the pandemic.

Barth is particularly focused on “quantitative easing”, or QE, a kind of monetary policy where a nation’s central bank purchases long dated government bonds from the nation’s largest banks to increase the liquidity in its financial system.

When the central bank pursues this kind of monetary policy, which is not uncommon, new money is added to the market, interest rates are lowered, and the central bank’s balance sheet is expanded.

“The latest quantitative easing has led to a jump in the supply of money,” Barth said. “Banks did increase reserves, but the money supply in the U.S. economy has increased by 42% in the past two years.”

All this means that the Federal Reserve has purchased trillions in assets to add new money to the economy. But Barth says Powell has done so with newly printed money dollars “created out of thin air.”

Barth posed this question to his audience: “Why didn’t we see this kind of inflation when quantitative easing was used during 2008-2014 when the U.S. experienced the housing crisis?”

The 2008 housing crisis began with the collapse of subprime mortgages, which essentially burst what was known as the housing market bubble. Imprudent lending led to a significant number of loans in default. The confluence of these factors led many financial institutions to require a government bailout. Homebuilders, the stock market, as well as the U.S. and world economies experienced the greatest recession of the 21st century.

Barth noted that over these six years, the Fed’s balance sheet increased from $900 billion to $4.1 trillion.

The two periods of QE were different, according to Barth.

“Powell’s Federal Reserve has managed a 37% increase in money supply in roughly one-third the time that it took Bernanke’s Fed to experience a 42% growth in money supply,” Barth said.

But Barth says that Bernanke never saw the kind of significant inflation that Powell is seeing today.

Data provided by the Board of Governors of the Federal Reserve System, shows the difference in uptrend during the two time periods. 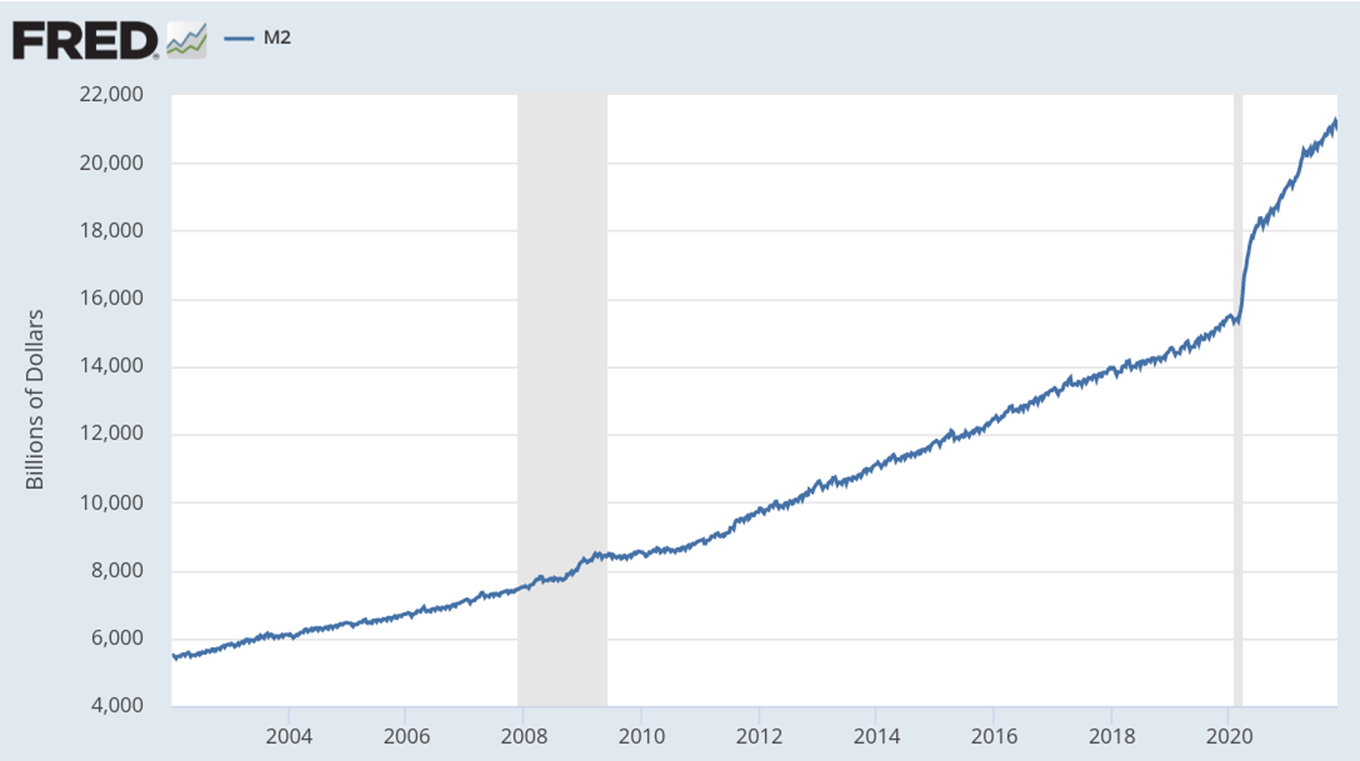 Besides the difference in duration for the two periods, the QE in 2008-2014 served a different function.

While most of Powell’s QE has entered the market and has been multiplied by our credit system, the 2008 crisis saw banks and financial institutions hold onto money to shore up their own balance sheets.

“Unlike the QE under Bernanke, a significant amount of Powell’s quantitative easing has entered the real economy,” Barth said. “Reserve balances are up since the beginning of the pandemic, but only by $2.5 trillion. The Fed’s balance sheet, meanwhile, grew by more than $4.5 trillion.”

What can the Fed do?

Barth referenced Larry Summers, an American economist who served as treasury secretary, who said, “There have been few if any instances in which a market can fix inflation without a recession.”

The U.S. economy, according to Barth, is a resilient one, however.

“The U.S. is responsible for 25% of the world’s GDP. China is a distant second and we have a very strong economy,” he said.

It is not yet apparent how hard of a landing the U.S. will experience from quantitative tightening, a monetary policy that involves balance sheet normalization and a reduction by central banks in the reinvestment of proceeds from maturning government bonds.

Barth recommends a financial strategy that “would involve the selling of treasury bonds that have not matured yet, the treasury yield would go up and the U.S. government would have a harder time spending money.”

Barth is skeptical whether the administration will pursue such a policy.

“The U.S. can right the ship, unfortunately it doesn’t seem like many people are interested in doing it.”