President Joe Biden has proposed an increase in the United States’ Global Intangible Low-Tax Income (GILTI) tax, which applies to a category of foreign income for U.S. multinational businesses.

The proposed American Jobs Plan Act would raise the GILTI tax “from 10.5 percent to 21 percent, calculate GILTI on a per-country basis, and eliminate the exemption of the first 10 percent return on foreign qualified business asset investment (QBAI).”

A study produced by the Seidman Institute at Arizona State University’s W. P. Carey School of Business and Ernst & Young’s Quantitative Economic and Statistics Team (QUEST) concludes that an international tax increase on U.S. multinational companies operating in Arizona could create substantial economic uncertainty—and place up to 47,000 Arizona jobs at risk over the next five years.

The GILTI tax “is specifically targeted at the income earned by foreign affiliates of those companies from intangible assets including intellectual property such as patents, trademarks, and copyrights,” according to the study.

More than 260 businesses operating within the state of Arizona could face negative consequences as a result of the proposed tax hike.

The study released by the Seidman Institute and QUEST calculates both low- and high-impact scenarios for the proposal’s effect on Arizona’s economy.

While this does not mean that the state’s GDP would lose that much in GDP growth annually, each year the total negative impact of the tax increase on GDP would increase. The same goes for job losses. Each year’s numbers are cumulative. 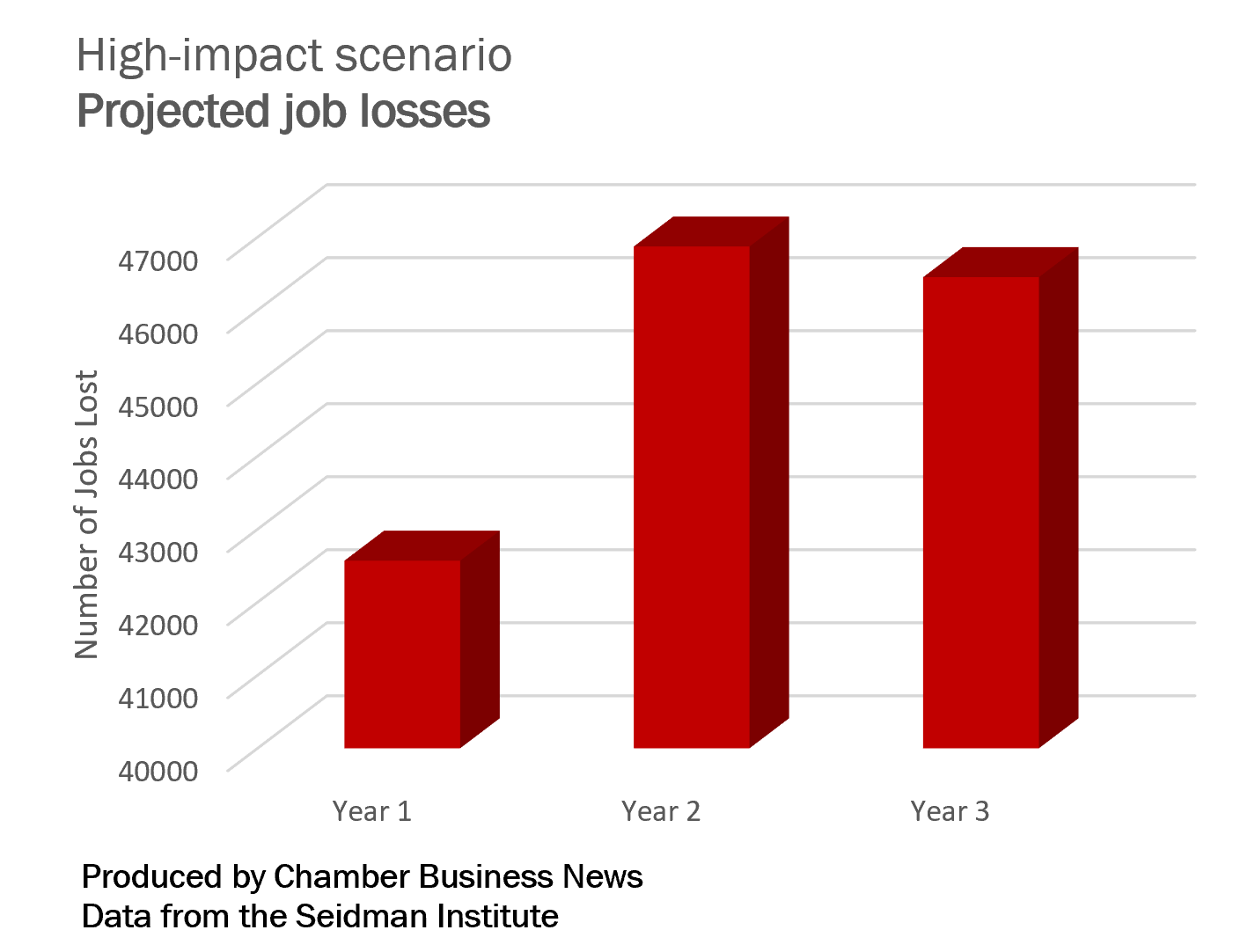 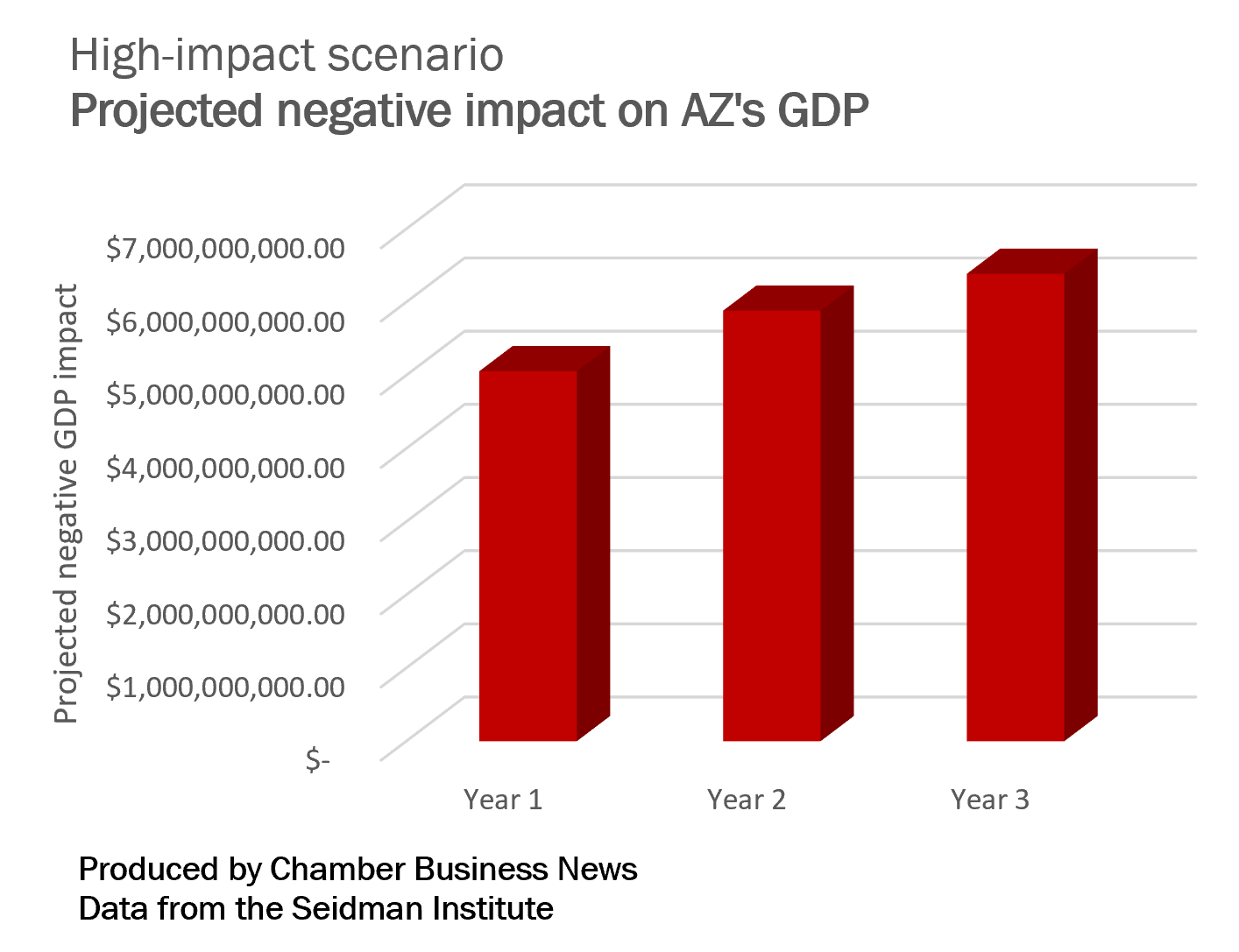 Once again, each year’s numbers are already cumulative. 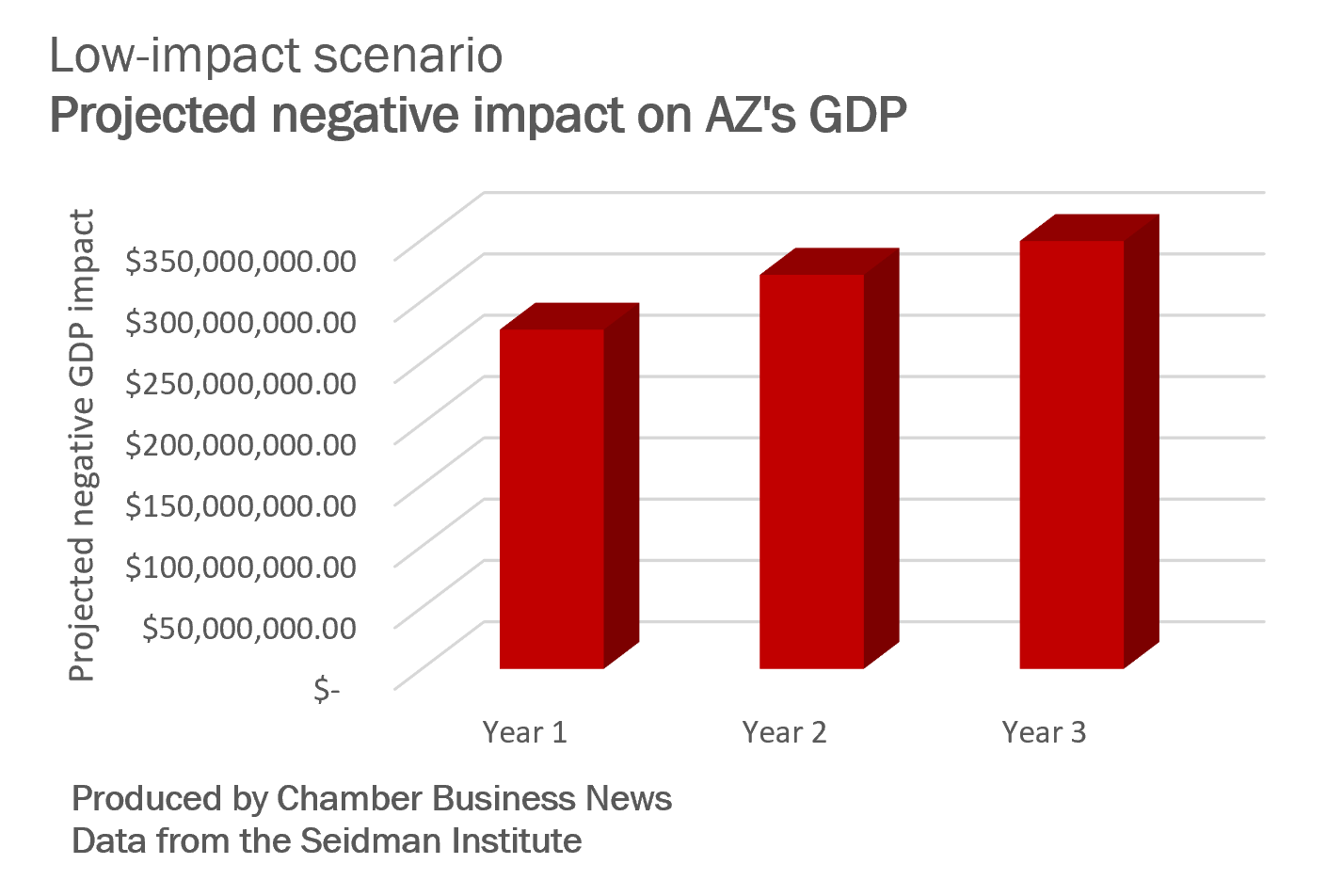 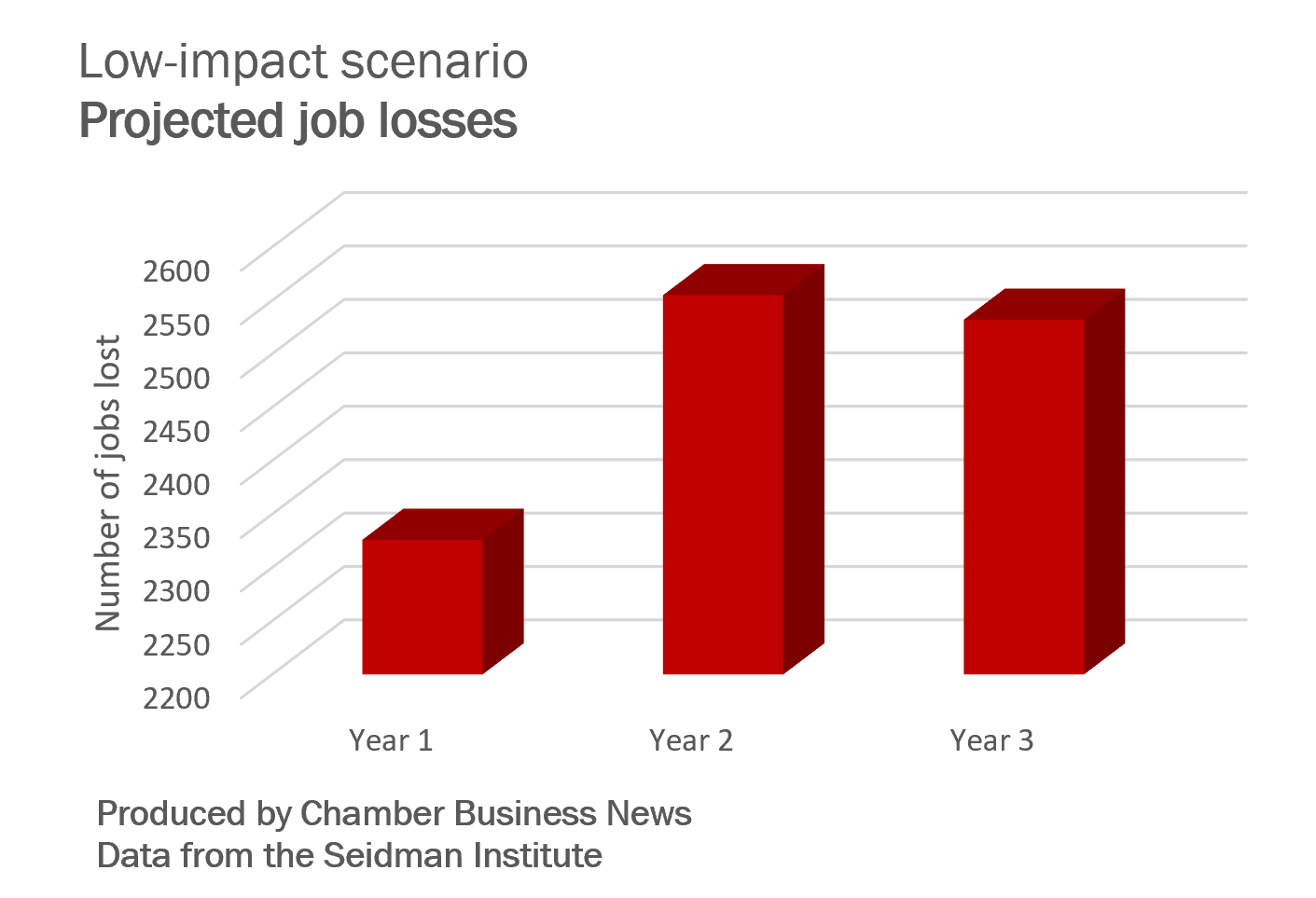 Dr. Timothy James, director of research and consulting at the Seidman Research Institute, told Chamber Business News that if the GILTI tax increase is implemented, it will negatively impact Arizona’s economy. A higher tax on foreign income exploited for intellectual property — which is the category of income that the GILTI tax applies to — will affect companies’ investment decisions.

Industries and businesses that are more dependent on intellectual property would be disproportionately affected by the policy. It won’t be the “Fords and GMs of the world” that are impacted, but tech- and software-related companies, said Dr. James. That’s because more of their foreign income is likely to be taxable under the GILTI tax.

“The Biden administration should be looking for ways to accelerate and sustain the post-pandemic economic recovery,” Arizona Chamber of Commerce & Industry President and CEO Danny Seiden said. “A new tax increase that creates a drag on overall GDP growth is not only the wrong policy move, but it couldn’t come at a worse time. Congress should reject this proposal.”